Entrepreneurs On The Move To Return on September 25th at CB2 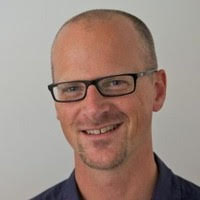 Joe Parry is the Founder and CEO of Cambridge Intelligence.

Cambridge Intelligence produce data visualization
toolkits which are used by intelligence agencies, police departments, companies and governments worldwide. From law enforcement to cyber security and fraud detection, every day thousands of analysts rely on their technology to ‘join the dots’ in their data
revealing threats and uncovering data insight.

Joe bootstrapped the company to profitability and
it now employs 45 people. Joe will cover lessons learned during his journey from software developer to running the company.

Previous to starting Cambridge Intelligence, Joe
was the Head of Research at Cambridge software company i2 Limited, which produced visual intelligence and investigative analysis software for military intelligence, law enforcement and commercial agencies. After a number of acquisitions, in 2011 it became
part of IBM. Prior to this, Joe was a member of Stephen Hawking’s research group in DAMTP where his Ph.D. was on perturbations of space-time in the early universe.

This is Connected Cambridge’s regular networking meeting. It takes place at Eaglelabs starting at 6pm.