A manuscript notebook which illuminated Isaac Newton’s complex and unorthodox relationship with Christianity – thought lost for almost 450 years – has been added to the world’s largest and most important archive of Newton material, held at Cambridge University Library.

The notebook, originally thought lost, belonged to Newton’s long-time friend and collaborator, John Wickins, and was purchased at auction this year thanks to the generosity of Friends of the National Libraries, Friends of Cambridge University Library and other donors

It was kept by Wickins while he was Newton’s roommate at Trinity College, and presents the earliest datable evidence of Newton’s theological writing. Containing 12,000 words in English and 5,000 in Latin, the notebook is the longest collection of Newtonian writing to be discovered in the last half a century.

The text was identified by Scott Mandelbrote, Fellow of Peterhouse College, Cambridge, and Editorial Director of The Newton Project, when the notebook came up for auction, with additional research by former Munby Fellow at the University Library, Anke Timmermann of Type & Forme, acting on behalf of the Library

The Latin text records a University ‘disputation’ in which Newton was required to discuss in public two theological topics. Although the text only contains Newton’s first disputation, concerning the compatibility of God’s perfect foreknowledge with human free will, it reflects how seriously he took the exercise.

Newton spoke in Latin for over an hour on a subject that was as difficult as it was sensitive. What, though, does the manuscript tell us about Newton’s religious beliefs?

Newton was an unusual Christian. At some point in his adult years, and certainly by 1690, Newton had dismantled the standard biblical proofs for the doctrine of the Trinity whilst keeping his beliefs to himself.

It was not until after his death in 1727 that his views became public and they have attracted study and speculation ever since.

Many scholars have tried to interpret the thoughts and workings of Newton over the years, all with one seemingly common view – that Newton’s deviation from the orthodox beliefs of the time was a private undertaking. Despite this collective thinking, there has been nothing to help substantiate this hypothesis.

Only when evidence of Newton’s involvement in university theology disputations in 1677 came to light did it become possible to find a dateable starting point for Newton’s theological activity.

Disputations involved students using argumentative skills to defend a set proposition from the counterarguments of their peers, or even their professor. Newton was not exempt from these exercises and it is interesting that the topics on which he disputed remained central to his theological reading and writing for the next four decades.

The text of the disputation shows Newton facing the big questions of free will and evil head on. Newton seems to have undertaken a programme of intense theological reading as shown in the letters he wrote to Wickins, copied in the notebook, where he supplied bibliographical essays to his friend.

What the notebook shows us is the institutional push that drove Newton to start to engage in a programme of theological study and how he was being shaped by the university where he lived and worked.

The notebook was compiled while Wickins was a Fellow of Trinity College, a position he resigned in April 1684.

The manuscript gives us a precious insight into Newton’s relationship with his friend, to whom he addressed himself as ‘your ever loving Chamber fellow’. The pair chose to live together for much of their time at Trinity.

Wickins acted as an assistant to Newton and helped to copy notes as well as turning their College rooms into a laboratory. Wickins wrote out a number of optical papers for Newton, just as he wrote out the texts in this notebook. Some of the letters in the notebook reveal that during the 1670s Wickins worked with Newton on improving the reflecting telescope.

Included in the notebook are three transcribed letters from Newton. The originals had been lost by 1728, making these transcriptions the only surviving record of this correspondence.

The first letter, which dates from around 1678, refers to developments in a dispute between Newton and the Jesuit Father Linus about his particle theory of light that originated from Newton’s first publication on the heterogeneous nature of white light in the Royal Society’s Philosophical Transactions in 1672.

The last two letters in the notebook consider appropriate theological literature in the context of purchases to be made by Newton for Wickins, who was active as a provincial clergyman by 1682.

Cambridge University Library holds the largest and most important collection of the scientific works of Sir Isaac Newton, which range from his early papers and College notebooks through to the ground-breaking Waste Book and his own annotated copy of the first edition of the Principia.

These manuscripts along with those held at Trinity College Cambridge, King’s College Cambridge, the Fitzwilliam Museum, the Royal Society and the National Library of Israel have been added to the UNESCO Memory of the World Register – an international initiative launched to safeguard the documentary heritage of humanity.

“It is only through the documentary heritage represented by his scientific and mathematical papers that we see a full picture of Newton and how he worked. The papers represent one of the most important archives of scientific and intellectual work on global phenomena.”Dr Jill Whitelock, Head of Special Collections at the University Library

“They document the development of his thought on universal gravitation, calculus, and optics and reveal not discoveries fully formed through inspiration of a lone genius, but ideas worked out through painstaking experiments, calculations, correspondence and revisions,” added Whitelock.

The catalogue record in ArchiveSearch can be found here.

Many of the texts and manuscripts in the collection are available to view and study freely on the Cambridge Digital Library.

The Friends of Cambridge University Libraries support us to grow, share and care for its extraordinary collections.

Join the Friends of the Library 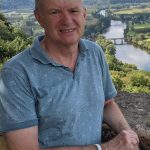