A gas-fired power station has changed hands in a £105-million deal.

It is the latest divestment by the UK parent company of British Gas, having sold the significantly larger South Humber Bank power station and a sister site in Langage, Devon, to Czech-owned EPI UK in 2017.

A major redevelopment of the site began in 2017, involving a state-of-the-art new gas turbine, which was commissioned late last year after it secured a 15-year capacity market contract.

Roger Miesen, chief executive of RWE Generation, said: “The acquisition of King’s Lynn power station strengthens our position as one of the largest operators of gas-fired power plants in Europe. We also reinforce our engagement in the attractive UK generation market. As a key enabler of security of supply, gas plays a key role in the transformation to a low carbon energy system.”

The transaction is expected to complete in the first quarter of the year, with 30 employees transferring.

Tom Glover, RWE’s UK chair, said: “We are proud that we were able to succeed in acquiring this asset and the expert staff. King’s Lynn, as a highly flexible and efficient combined cycle power plant, fits perfectly with our existing portfolio of gas and renewable power generation.”

Described as highly flexible, King’s Lynn boasts a 57 per cent efficiency status following the “extensive technical update” which saw the generator, steam turbine and other components comprehensively overhauled by Siemens.

It takes the RWE gas portfolio in the UK to 7.2GW.

In a statement, Centrica said it was part of a non-core asset disposal programme announced in February, and was “also consistent with Centrica’s strategy to reposition towards the customer, and as part of this from central to distributed generation, as the company focuses on becoming a leading international energy services and solutions provider”.

Centrica retains such plants in Brigg and Peterborough. 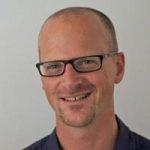