“Geography of disillusion” poses a major challenge for democratic countries across the continent, according to researchers.

As disenchantment rises in European hinterlands, democratic politics risks being eroded from within

A new study reveals the extent of the political divide opening up between city and countryside right across Europe, with research suggesting that political polarisation in the 21st century may have a lot to do with place and location.

University of Cambridge researchers analysed survey data collected between 2002 and 2018 to gauge the social and civic attitudes of people across the cities, towns and rural areas of 30 European countries.

The findings show that political division throughout the continent runs on a ‘gradient’ of disenchantment and distrust in democracy that increases as it moves from urban centres through suburbs, towns, villages and out into open country.

People in the more rural parts of Europe have the lowest levels of trust in their nation’s current political system – and yet are significantly more likely than their urban counterparts to actually vote in elections.

Those in suburbs, followed by towns and then the countryside, are increasingly more likely to see themselves as politically conservative, and hold anti-immigration and anti-EU views, while city dwellers lean towards the left.

However, it’s not the poorest rural areas where disillusion is strongest, and small town and countryside dwellers report much higher levels of life satisfaction while voicing dissatisfaction with democratic institutions.

Researchers from Cambridge’s Bennett Institute for Public Policy and Department of Land Economy say the study suggests a ‘deepening geographical fracture’ in European societies that could see a return to the stark urban-rural political divides of the early 20th century.

“Those living outside of Europe’s major urban centres have much less faith in politics,” said study co-author Professor Michael Kenny from the Bennett Institute.

“The growth of disenchantment in more rural areas has provided fertile soil for nationalist and populist parties and causes – a trend that looks set to continue.”

“Mainstream politicians seeking to re-engage residents of small towns and villages must provide economic opportunities, but they also need to address feelings of disconnection from mainstream politics and the changes associated with a more globalised economy,” he said.

Across Western Europe, residents of rural areas are on average 33.5% more likely to vote than those in inner cities, but 16% less likely to report a one-unit increase in their trust of political parties on a scale of 0-10. They are also far less likely to engage in political actions such as protests and boycotts.

Conservatism incrementally increases as locations shift from suburb to town to the countryside. Europeans in rural places are an average of 57% more likely to feel one point closer to the right on the political spectrum (on a ten-point scale where five is the centre ground) than a city dweller.

When asked if migration and the EU ‘enrich the national culture’, rural Europeans are 55% more likely than those in cities to disagree by one unit on a ten-unit scale.

However, on issues of the welfare state and trust in police – both iconic in post-war rhetorical battles between left and right – no urban-rural divisions were detected. “Worries about law and welfare may no longer be key to Europe’s political geography in our new populist age,” said Kenny.

Last year, research from the Bennett Institute revealed a global decline in satisfaction with democracy, and the latest study suggests that – in Europe, at least – this is most acute in rural locations.

After discounting characteristics typically thought to influence political attitudes, from education to age, the researchers still found that people in rural housing were 10% more likely than urbanites to report a one unit drop in democratic satisfaction (on a scale of 0-10).

“We find that there is a geography to current patterns of political disillusion,” said Dr Davide Luca of the Land Economy Department, co-author of the study now published in the Cambridge Journal of Regions, Economy and Society.

“As disenchantment rises in European hinterlands, democratic politics risks being eroded from within by people who engage with elections yet distrust the system and are drawn to populist, anti-system parties.”

Of the 30 nations they looked at – the EU27 plus Norway, Switzerland and the UK – France had the sharpest urban-rural divide in political attitudes. “Large cities such as Paris and Lyon are seen to be highly globalised and full of bohemians nicknamed the ‘bobos’, while small towns and rural areas are primarily inhabited by long-term immigrants and the indigenous working classes,” Luca said.

While less pronounced across the Channel, the trend is still very much in evidence in the UK. “Cambridge is a prime example,” explains Luca. “The centre hosts the world’s leading labs and companies, yet greater Cambridge is one of the UK’s least equal cities – and the fenland market towns are even more disconnected from the city’s hyper-globalised core.”

Added Luca: “Ageing populations in small towns and villages combined with years of austerity have put pressure on public services in rural areas – services that are often central to the social connections needed for a community to thrive.

“Reviving these services may be key to reducing the political divides emerging between urban and rural populations across Europe.” 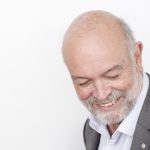