100 organisations, including AstraZeneca, Microsoft and Arm, have signed up to a new charter to boost the Cambridge innovation ecosystem and help it address global challenges, announced Innovate Cambridge today (8 December 2022).

The charter is a really exciting next step in the development of the Cambridge innovation ecosystem, bringing together key organisations and people to help shape the future of Greater Cambridge and ensure that together we continue to contribute to society.

Innovate Cambridge is an initiative to create an inclusive vision for the future of Cambridge and its innovation ecosystem. The initiative was launched in September 2022 by the University of Cambridge, Cambridge Enterprise and Cambridge Innovation Capital. Organisations that have signed up to its charter include local government, start-ups, universities, science parks and investors. As well as announcing its first 100 signatories, Innovate Cambridge has also appointed an Executive Director and established a steering committee.

Cambridge has been a global leader in innovation for decades, with its two universities, thriving start-up community, global businesses and strong investment network. But, “standing still is not an option,” said Diarmuid O’Brien, CEO of Cambridge Enterprise: “Many cities and regions across the world are rapidly getting organised to secure their futures. We must learn from and build on their experiences.”

The next step, according to Michael Anstey, Partner at Cambridge Innovation Capital, is for the signatories to the Charter, “to come together to define, and then implement, an inclusive, forward-looking vision for the ecosystem, which ensures the City continues to innovate, compete, and deliver impact on a global scale well into the future.”

Professor Andy Neely, Pro-Vice-Chancellor for Enterprise and Business Relations at the University of Cambridge, said: “Cambridge has made a difference to the lives of millions of people around the world. A constant source of new ideas and innovations, the Cambridge innovation ecosystem spawns new ideas, technologies and insights that change the way we live and learn. The charter is a really exciting next step in the development of the Cambridge innovation ecosystem, bringing together key organisations and people to help shape the future of Greater Cambridge and ensure that together we continue to contribute to society.”

Read about some of the Cambridge start-ups that are having an impact in the UK and around the world here. 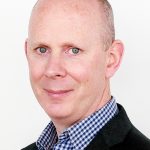